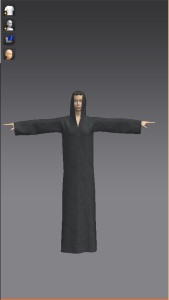 Here is the first look at the character model (WIP). 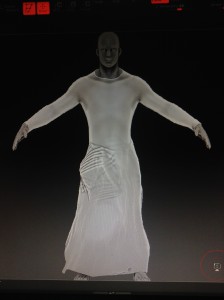 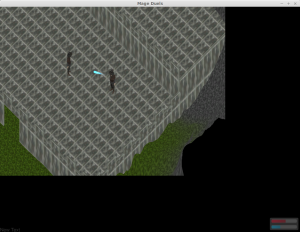 I messed something up last night when implementing the new casting system. For some reason it works fine on the host player, but fails to instantiate the projectile on the remote player.

Also, it seems to be using the latest data from the server for the direction of projectile spells which at times is out of sync so aiming isn’t working the way I’d hope.

Trying to work out if the spell system should be based on the card game model I worked out previously (with spells requiring certain stat points to be able to cast) or If I should go with a modified version of the Ultima Online system (with skill points allocated across spell modifiers). I think the UO system felt more balanced, and the stat system worked better when it was a requirement for the cards. Could always use a card like system later if I go with a freemium model and have spells drop randomly (steam inventory?) and trade able… But I really don’t want “pay to win”. Rather have a skins workshop and only allow cosmetic stuff to be dropped/traded.